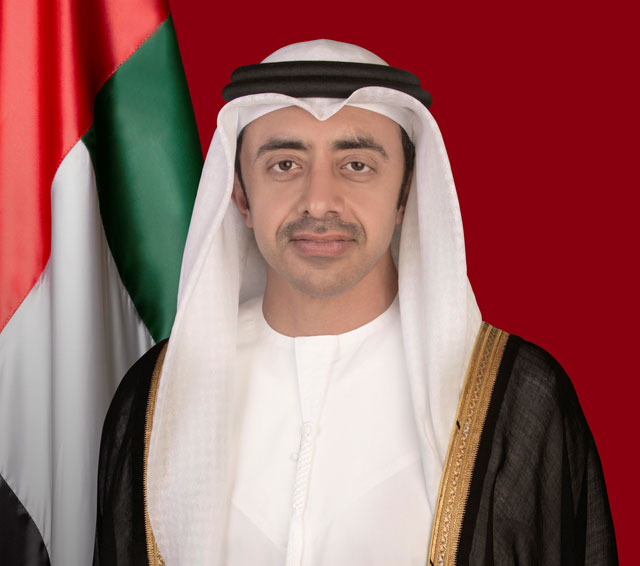 His Highness Sheikh Abdullah bin Zayed Al Nahyan was appointed Minister of Foreign Affairs of the United Arab Emirates on the 9th of February, 2006.  The ministry’s role focuses on maintaining clear political positions that support the UAE’s relationships with its regional and international partners while promoting the UAE as a regional leader in different fields.  Also, as foreign minister, he focuses on establishing specialized diplomatic capabilities and encouraging political talents to address international concerns and provide distinct consular and other services in looking after UAE nationals and the issues they may face during their travels.

He represents the UAE at Arab and international conferences and meetings. He launched important international forums like Sir Bani Yas Forum and Global Forum on Relationships between the Arab World, Latin America and the Caribbean.

He guided a rapid expansion of diplomatic links with countries in Latin America, South Pacific, sub-Saharan Africa and East Asia.

He was born in Abu Dhabi on the 30th of April, 1972; an avid reader, a student of history, a keen sportsman particularly interested in scuba diving, football and cycling.   He also enjoys classical music.

He is married to Her Highness Sheikha Alyazia bint Saif Al Nahyan and has five children: Fatima, Mohammad, Zayed, Saif and Theyab.